In The Christian Imagination: Theology and the Origins of Race, Dr. Willie James Jennings writes an autobiographical introduction to his theological masterpiece on race. We read about an awkward childhood experience where two white men assume his mother, Mary Jennings, was in need of hearing the Gospel of Jesus Christ. Only issue was she was one of the pillars of New Hope Missionary Baptist Church. Jennings asks, “Why did these men not know me, not know Mary and Ivory, and not know the multitude of other black Christians who filled the neighborhood that surrounded their church?”[1] He goes on to speak about the foreignness and formality of their speech that “signaled a wider and deeper order of not knowing, of not sensing, on not imagining.”

Despite the rise in hate crimes, police brutality and selective government sanctioned terrorism at the southern US border, we still have a massive displacement of Black and Brown congregants towards franchise denominational churches clearly backed by conservative evangelical agendas. I choose to use the term displacement because it is definitely an exit from mainline black congregations for an entirely different church experience.

Surely, there are many that leave the black church experience of their youth due to abuse[2] or simple inaction from clergy and leadership to respond to community needs. I am not suggesting mainline black denominations are all operating in the ministry of hospitality seeking to evangelize the Good News within their local community. There are many church clergy who refuse to try anything new in fear of totally abandoning tradition – the campaign they often use to attain  position in church. There are trustees who prefer manipulating a progressive pastor by clutching the purse of the church.

But once former members of mainline black denominational churches join these church spaces inclusive of stage lighting, quick computerized drop-in daycare spaces, Starbucks, and spiritualized self-help sermons accompanied with social media hashtags to keep one connected through the week, in what way does the church know who they are? How can one tell if the church knows? Well, the purpose of church is to meet the needs of the community with the Gospel of Jesus Christ. The early church grew during a time when life expectancy was really low due to poverty. It makes sense why the miracle worker name Jesus gained so much notoriety. By first meeting the needs of the people then preaching a Gospel message. Similar to a form of in-home care, the Christian church grew as people began to recover from illnesses thanks to Jesus’ methodology of building community by meeting needs and sharing the Good News.

I just wonder how many non-black clergy led churches referenced the three massive shooting in the US this weekend. Two massive shootings were done within 24 hours. All of these shootings share similar ingredients – white nationalism incited by Trump and kept aflame by white evangelical support through silence. Rev. Dr. Martin Luther King, Jr. spoke about the white supremacy of Southern Christians. It is saddening that King’s critique of Southern Christian gradualism to overturning Jim Crow is still relevant today.

White evangelicals like Jim Bakker declare that if Trump doesn’t win in 2020, Christians will suddenly die. https://friendlyatheist.patheos.com/2019/06/22/jim-bakker-if-donald-trump-doesnt-win-in-2020-christians-will-suddenly-die/ Then there’s Paula White, a white woman who profited off black preaching as performance and gained trust of many black Christians. She has been consistent with supporting Trump – a supporter of xenophobia, racism, sexism, classism, and more – and praying that anyone speaking against him is a demonic attack: https://www.foxnews.com/faith-values/trump-2020-rally-campaign-prayer

In Marvin McMickle’s Preaching to the Black Middle Class: Words of Challenge, Words of Hope, he writes on the issue of the Black Middle Class joining White congregations. He asks a poignant question, “Black people may join white churches, but what will they receive that will help them survive in this society with dignity and self-esteem?”[3] A solution to this is what McMickle offered in the early 2000’s. I, too, am not writing to discourage Black people from joining white churches. People join churches for various reasons as mentioned earlier. McMickle suggests white churches speak to the issues faced by all of their members. And to the churches that lack racial diversity, they, too should preach a theology that addresses the current issues of the suffering along with directing their resources towards social justice work.

But what if you find your church prefers to preach a version of love that does not get involved in politics? This silence through self-help sermons returns us to Jennings revelation that often white Christians possess a “wide and deeper order of not knowing” Black Christians among them. This order of not knowing Blackness is located in the intentional silence of traumatic events effecting our family life, souls and identity. The moment a congregation no longer sees color and prefers to respond with a retro-version of Southern Christian gradualism in equality for all, then it is time to take action.

Earlier tonight, I was on an emergency faith leaders call discussing faithful responses to mass shootings, white terrorism, and community violence.  Our activities are below. Consider sharing this text message with your faith community and more:

August 11-18. Activities include the following: 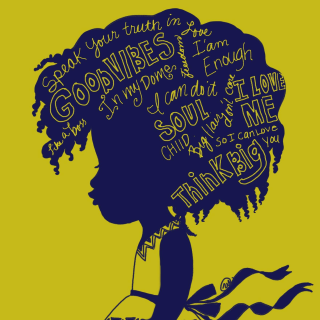 I will continue to update....but I will always be a woman who loves God, family, and all of God's creation. I will also remain a student at life and embrace conversation to encourages me to grow even in the most difficult spaces. ** profile image is the brilliant art work of Vanessa Brantley-Newton.