Gaze- To fix the eyes in a steady intent. To look often with eagerness or studious attention. Often indicative of wonder or admiration.

When I first fell in love with my husband, we spent countless moments peering deeply into one another’s eyes, reveling in one another’s presence. We basked in the loveliness of our relationship and learning everything there was to know about each other.  A few years later, we gave birth to our son and I began a relationship with this beautiful new babe in my life.  As a new mother, I expanded my delight in knowing another by spending hours gazing intently into the bright, newly focusing eyes of my newborn child. This was instinctive: I marveled at each aspect of shaped perfection in this emerging young being. My son was the very center of my world yet did nothing to earn my attention but exist.

During this period of reverie, I read with interest research linking focused parental attention on a newborn with the intellectual and emotional capacity of that individual. Scientists found that IQ rises in babies who receive full eye contact for extended periods of time. Along with higher IQ’s, intentional eye contact also correlates with an increased ability to feel secure and confident in the world later in life. I was acutely aware of my attentive love for my child and now scientists claimed this maternal act of focused attention was necessary to allow a human being’s future potential to unfold. In essence, the connections made in the beginning years of life predispose an individual to receive unconditional love and develop into his or her most capable self.

Reflecting upon the influence gazing can have on the life of another human being lends itself towards thoughts about God. There are numerous references to gazing in both the Hebrew Scriptures and New Testament. In Genesis 1, the story of Creation, God sets about intentionally creating the world.  God’s gaze brings about an abundance of life.  From water, animals, plants to humanity, all are energized by God’s attention towards what has been created. The Hebrew word used in this chapter is raah, which means to give attention to or keep on looking. God is the original gazer who looks at the world with divine eyes and declares that it is good- very good. From the beginning, all that God fashions is worthy of great regard while forming and growing into wondrous being.

Gazing into our Hearts

The significance of being recognized and completely focused upon by God is also seen throughout the Psalms. In Psalm 139, the Psalmist poetically acknowledges how God knows everything about him, including his most intimate thoughts and being. This is a God who is interested and attentive. The Hebrew word for gaze used in this particular passage is chaqar, meaning to see through into one’s innermost being. When the Psalmist cries, “you probe me and you know me” it is recognition that God looks deeply into his heart and understands all that he is. This type of knowing involves more than an intellectual recognition. God is present from the beginning, knowing deeply the reality of who a person is in the recesses of his or her heart. The 12th century mystic Hildegard of Bingen, in The Book of Divine Works, expresses this beautifully,

“O Beloved, your way of knowing is amazing! The way you recognize every creature even before it appears. The way you gaze into the face of a human being and see all of your works gazing back at you! O, what a miracle!”

Gazing as a Lover

The Song of Songs uses sensuous poetic descriptions of the relationship between two lovers. This book likens our budding relationship with God to a courtship wherein a lover longs to be in the presence of the other. After describing the beauty of the beloved, the writer declares in v 9: “You have ravished my heart with one glance of your eyes.” Many spiritual writers, including 16th century mystic St. John of the Cross associate gazing with God’s desire to know and be known. He describes the verb, regardez, or looking on another with love, as the way God identifies us as the beloved one.  St. John’s Spiritual Canticle, illustrates the recognition of being beloved in verses 22-23:

“And the look in my eyes pierced you. When you gazed at me in return, your eyes impressed their grace upon me. I felt so desired that my eyes were able to adore all they saw within you.”

It is as though the eyes of the bridegroom meet the eyes of the beloved. It is at this moment that the bride is exposed and finds herself the focus of her lover’s heart. Our relationship with God is the effect of a God who is constantly gazing at us with love, longing for and anticipating the very best in us.

Gazing in the Wilderness

Ours is a God who not only regards us as beloved but remains with us during dry spells, seeking our restoration. In Genesis, we read the story of Hagar, an Egyptian slave beholden to Abraham and Sarai, who is obliged to serve as Abraham’s concubine due to Sarai’s apparent infertility. Hagar conceives and is ill-treated by Sarai, forcing her to flee into the wilderness where she is found by God. God asks her, “Where have you come from and where are you going?” Intentionally posing this question clarifies and gives direction to Hagar’s disorientation. God hears her pleas, encouraging her to return from exile to face her situation. It is after this encounter that Hagar names the one speaking to her, El Roi, which translated means “The One who sees me.” God seeks Hagar in the desert, challenging her sense of desolation and rejection.  As the one being gazed upon, Hagar gains a renewed purpose and restored future.

Gazing into the crowd

In the New Testament, there are myriad references to gazing. As is often the case in the Gospels, Jesus travels and intentionally stops to notice someone in a gathered crowd. One such instance is the story of Bartimaeus in Mark 10:46-52. Bartimaeus is a blind beggar who reaches and cries out to Jesus for help but whose voice gets lost in the considerable throng around him. After Bartimaeus raises his voice, Jesus pauses and turns his attention towards this one voice heard among the many other sounds around him. With his thoughts fixed on the blind man, he asks “What do you want me to do for you?” The blind man deeply desires to see and be seen. To suddenly be singled out and regarded as one worthy of healing after a lifetime of invisibility must have been extraordinary.

What is the effect of God’s attentive regard? Gazing is more than simply seeing: it involves going deeper into an awareness of the other and deeper into the heart of the matter. When one gazes or is gazed at, there is a step towards reflection. Viewing creation, God reflects how good it is. God’s consideration and interest in the well-being of humanity continues throughout our existence. We are not abandoned during our wanderings in the wilderness. God never ceases to penetrate to the center of who we really are, beholding us with the eyes of a lover. Even in moments of despair when we feel invisible to the world, God intentionally gazes into the crowd eager to lift each individual up as the beloved one, worthy of God’s singular admiration and wonder. 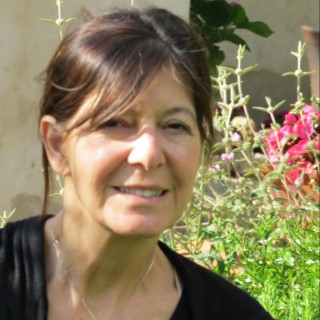