I teach girls. I teach them religious studies and philosophy; primarily, though, I teach them. I help them think, I encourage their questioning, I support them through their adolescent years. The subject is a bonus.

But teaching to all girls in the Roman Catholic educational setting has its inherent contradictions. On the one hand, we have the Hillary Clinton Wellesley experience: “what I got out of a women’s college is that women were in charge of everything.”[1] In a girls’ school, it is all girls, all the time.[2]

Catholic schools care deeply about their religious mission, which is manifest in a variety of ways in each school community. Each school might reflect the charism of its order, or the ethos of the archdiocese, or the vision of the board and headmaster. But what we know for sure is that ‘Catholic identity’ is at the forefront of the minds of the scholars who research Catholic education. It only takes a little perusing in The Journal of Catholic Education to see that this is a major concern in the field: how are private Catholic schools distinctive from other private schools?

What does this mean for the girls? In the all girls’ Catholic school we have a tricky balance to maintain between the male-dominated Church and our duty to be a bastion for the advancement of women. It means that when I teach theology in my classroom, I am teaching primarily the writings of men and I have to make a special effort to include the voices of women—it’s an add on. When we discuss topics like the ordination of women, I am in a tricky position to represent ‘Catholic identity’ while at the same time include my students’ vision of gender equality. There is an inherent tension between my mission as an educator of women: the existence of girls’ schools, for me, is based on the assumption that gender inequality justifies and necessitates the option of separate schooling for girls, but at the same time the institution that gives life to some of these schools, the Roman Catholic Church, in several ways perpetuates forms of this very inequality.

It means that when we celebrate mass as a school community, we sometimes wait in a gymnasium of nearly 400 females for one male priest to arrive before the celebration can begin. As we wait, I think, “what are they learning right now about being a woman?”

I don’t have answers to these questions, but I get help from the sometimes-overlooked tradition of female religious orders that have been educating women for centuries. The stories behind these orders are dramatic, strange, and anything but domestic. Cornelia Connolly, the founder of the Society of the Holy Child Jesus, was left by her husband while pregnant with her fifth child and went on to found several schools in England while undergoing a custody battle with her ex. Megan Rice, a sister in this same order, was released from prison not long ago for protesting nuclear energy.[3] Founded by St. Madeleine Sophie Barat in 1801, the Society of the Sacred Heart, which today operates a network of over 200 thriving schools, many for girls, all over the world. Sr. Theresa Kane confronted Pope John Paul II in Washington, DC in 1979: women must be included in all ministries of the Church.[4]

Women religious give my students a vision of womanhood unlike anything else in everyday life. Even within religious life there is a multitude of experiences, from the more traditional, cloistered Dominican Sisters of St. Cecilia to the active Society of the Holy Child Jesus. It shows girls the potential of working within an institution, so that it better reflects its own mission. It might be simpler, and even more logical, to detach from the institution that chains a person to inequality. But it’s not the only option; forging change from within is just as powerful as pushing for change as an outsider. In presenting this vision of womanhood, I hope my students gain a widened perspective of the Church as a table where there is space for them, even if they have to squeeze in and drag over their own chair.

[1] From the CNN town hall meeting in South Carolina on February 23rd.

[2] Numerous studies in educational research in the US reveal that males tend to speak more frequently and longer than female students. E.g., Krupnick, 1985; this Atlantic article summarizes the disagreement over research on single-sex education generally.

[4] Watch St. Theresa speak about women’s ordination here and her speech in 1979 here. 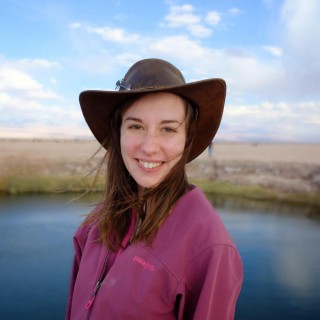