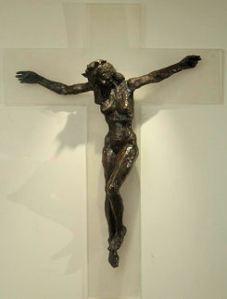 At WIT we are conscious that our theological reflection is shaped by our experiences–as humans, as Christians, as women. Our identities as women have been shaped by violence. Becoming a woman in our society inevitably entails coming to an acute awareness of bodily vulnerability.  One of the most insidious characteristics of systems of social control like racism, sexism, and heterosexism is the power to cover up this violence which is done to the minds, bodies, and souls of real human beings.  In response, we have decided to come out with a collection of our own concrete experiences of sexism. In doing so, we express solidarity with those women who are afraid to come out, or who do so and feel alone.

Some of what follows may be triggering for women and men recovering from abuse or sexual trauma.

These  experiences have shaped our commitment to social and theological reform. We believe that something needs to change. And in our efforts to work for that change we answer the call of the Madeleva Manifesto, put to us by those women theologians who have come before us:

To the young women of the church we say: carry forward the cause of gospel feminism. We will be with you along the way, sharing what we have learned about the freedom, joy and power of contemplative intimacy with God. We ask you to join us in a commitment to far-reaching transformation of church and society in non-violent ways. We deplore, and hold ourselves morally bound, to protest and resist, in church and society, all actions, customs, laws and structures that treat women or men as less than fully human. We pledge ourselves to carry forth the heritage of biblical justice which mandates that all persons share in right relationship with each other, with the cosmos, and with the Creator.