I tasted communion for the first time in months, but in a strange land. It was simply the host, as the cup is still withheld during this time of pandemic. The wafer was surprisingly sweet and rich and, though it was given by a stranger’s hands, I felt the yearning of so many months crest and break. After worship my colleague noted, “I’m good now. Even if we did nothing else, I would go home perfectly content.” Neither of us had taken communion since February, or March. There we were, on a research trip to a city we had never before visited, breaking bread with strangers. It was the second week of November. Former Vice President Joe Biden had only just been announced the President-elect.

What a strange time to conduct in-person research. Yet some conversations and connections can only be made face-to-face. Sincerity and humility can be difficult to convey over email and phone calls. That isn’t to say that the many decisions around traveling came easily, and our plans were revised more often than they were set. Watching COVID-19 case numbers continue to rise in late summer and into the fall as tensions around the election skyrocketed complicated our decision making process. At one point I felt nearly paralyzed with anxiety around whether or not to even go. Yet, we continued to come back to the research goals, recognizing that the work is important.

As with so much else in the world, our original plan plotted out late summer of 2019 did not have a pandemic contingency plan, nor did we anticipate the emotional toll the 2020 election would take on communities, and on ourselves. Along with so many others we had to modify our scope, add safety protocols, take as many precautionary measures as possible while still reaching out and moving the project forward. We have since recalibrated the budget significantly, shifting funds away from travel and directing them as much as possible toward the community in which we are doing our research. Throughout the process we are discovering what it is we are truly asking of the community, and what it means to enter a space as learners (albeit with the title ‘researcher’).

Perhaps I should mention that both my colleague and I are theologians who are attempting not to be reckless as we explore ethnographic methods. Talking to anyone but ourselves and our books as a means of research is mildly terrifying. However, some time ago my colleague identified a gap in our field of liturgical studies that has yet to be addressed. But the knowledge to fill that gap is not something either of us can manufacture, which is how we landed in another city asking questions about a community’s experience of environmental racism. (My apologies for vague language and keeping out any details as we are in the midst of our research. This is also my attempt at focusing on method and the research experience itself.) As theologians, we know how to navigate across a multitude of textual spaces. Engaging in ethnographic methods disrupts that knowledge each time we make contact with another individual. Even with the help of titles and categories—“clergy,” “administrator,” “professor,” “pastor”—meeting someone for a conversation requires opening ourselves to their gaze and their perceptions before we can begin to flesh out our understanding of who they are in that moment.

Anthropologists in recent decades have come to acknowledge the blurring of subject/object lines and the vulnerability required to enter into such research—or, at least, that is what I myself have come to understand as I clutch my copy of Ruth Behar’s work, The Vulnerable Observer. The classic posture of ethnography was to somehow blend into a space neither made nor intended for the researcher to occupy, all the while hanging back from daily life just a little in order to scribble notes on a pad of paper. Interpretive layers built into the researcher himself (or herself, thinking of Margaret Mead) were simply unaccounted for in the subsequent reporting. Such a stance was eventually interrogated by those from the periphery—individuals coming from countries and locales that had been field sites—who turned their gaze back onto the ethnographers and colonizers. The surveyors were surveyed. Out of this reversal (if I may so truncate this history) it became apparent that building knowledge through ethnographic research must not be yet another extractive industry. There is a reason ethics review boards exist.

Bearing that history in mind, my colleague and I have attempted to design a project that will ultimately be collaborative, one that encourages and facilitates building knowledge with and among a select community. Through conversations, we have come to see that the research itself must benefit the communities of faith where the research is taking place, and then we can think about how it might develop further for outside communities. In other words, we are seeking models of connectivity that are mutually edifying. We might even learn a little of what it means to be in solidarity with communities very different from our own.

With so many unknowns (at least to us) and open-ended questions I can see how one might ask, where is the methodological rigor? We entered the field with stated goals and objectives, which is different from having a hypothesis to test. Thus our interviews have all been semi-structured, almost journalistic and conversational, rather than strictly conforming to a near impassivity idealized in some ethnographic literature. I discovered during the week we were on location, it was my colleague and I who were the research novices in this particular situation. There were moments when we became the interviewees as folk sized up our character, our stated aims, and our intellectual, even ideological, positioning. We became their students. Had we entered the space with something to ‘prove’ I suspect the experience would have gone much differently. We fully intend to practice rigor in how we treat identifying information and transcript material, and in the practice of reflexivity and community accountability. Reflexive research methods allow for a kind of pliability that has been especially necessary during this time of pandemic. It also enables an ethical and theological edge that we might have missed otherwise. Above all, reflexivity–vulnerability–is uncomfortable. We have received honest feedback about our work that we could not have anticipated, and it smarts a little. We have also received encouragement that the work is needed, and that is priceless.

It was strange for me to partake communion for the first time in months in the company of only three others, at an alter so different from my home church. Yet it felt like an invitation to encounter the body of Christ anew. While I have been truly missing the Eucharist at my church, hearing words of blessing and renewal as our priest presses the bread into my hand and drinking from the common cup that makes us one in Christ, such longing is teaching me to look for sacramental moments elsewhere in life and the world. Visiting another city for the purposes of research felt like a series of blessed sacramental moments, and I should never take them for granted. As we turn toward the descriptive and theological tasks of analyzing and synthesizing our data, I don’t want to lose that sense of the holy.

During one of the panels for the recent American Academy of Religion conference (held online), I listened as a presenter described her experience of engaging autoethnography as a methodology. She observed that with the “body [as] a field site” she becomes the “subject of [her] own study.” Somatic experience becomes data. I found this description of flattening the practice of research particularly interesting in relation to liturgical and theological studies, and I suspect it is another way of thinking through the embodied experience of worship and encountering the holy. For those of us who take a more confessional approach, even as researchers we are always something related-to-but-more-than participant observers. I suspect we’ll need this kind of an awareness going forward as we emerge from the throes of this coronavirus pandemic. We will need a language for the kind of vulnerability we have (or have not fully) embodied during this time. Similarly, we will need a deep humility so that we may learn from those communities who have been most impacted. 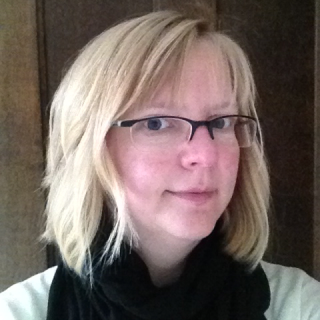 PhD student in theology & ethics with a focus on developing a bioregional hermeneutic, paying attention to particularities of place, people, and worship. A theology of place allows us to see the cultural overlaid with natural ecosystems, to reflect on why and how we worship in the ways that we do, be it in built sanctuaries or out under the forest canopy.